Topography:
Namibia has contrasting landscapes. The oldest desert in the world, the Namib Desert stretches along the whole west coast of the country, while the Kalahari Desert runs along its southeastern border with Botswana. The Skeleton Coast stretches from Swakopmund to the northern border.

Rivers:
Perennial rivers are found only on the country’s borders, being the Orange River on the southern border and the Kunene, Okavango, Kwando and Zambesi Rivers on the northern border. 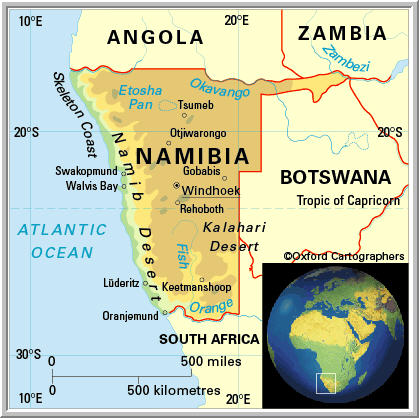